Please ensure Javascript is enabled for purposes of
$0.00
Cart 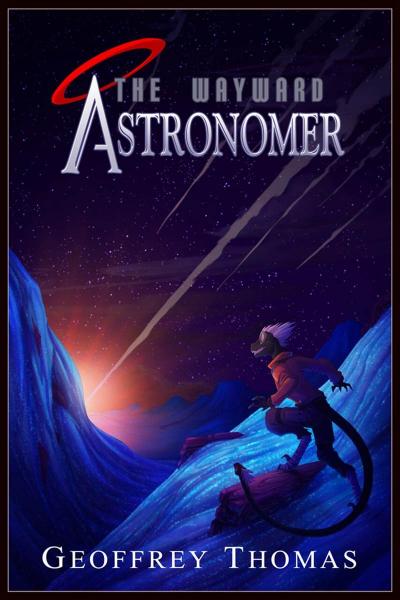 The Wayward Astronomer
*WINNER of the 2017 Ursa Major Award!*
Hal Adhil and Miri Rodgers are best friends. They spend their days working at a small observatory in the Starfall Mountains beyond the metropolis of Anduruna. Miri is the only person Hal trusts to understand a dangerous secret: Hal can see all wavelengths of light. Hal uses his superpower only when they are free from prying eyes that could report them to the authorities.

The lives of Hal and Miri quickly change one night, however, when a meteor crashes into the nearby mountains. When they set out to retrieve the fallen star, it quickly becomes apparent that things are not what they seem. What appeared to be an ordinary meteor is in fact a strange power source that Hal and Miri are not the only ones looking for.

In order to rescue his closest companion, Hal must not only unravel a mystery that has eluded his people for ages, but also face unsavory characters from his own past. Can Hal, the Wayward Astronomer, harness his supernatural powers to rescue his friend before time runs out?
The Wayward Astronomer is an official expansion to the Dreamkeepers graphic novel universe, written by Geoffrey Thomas and illustrated by the creator of Dreamkeepers, David Lillie. It is an illustrated novel, featuring over thirty full page illustrations depicting Hal's journey into the underbelly of Anduruna and the technology, locales, and inhabitants of the Dreamworld.