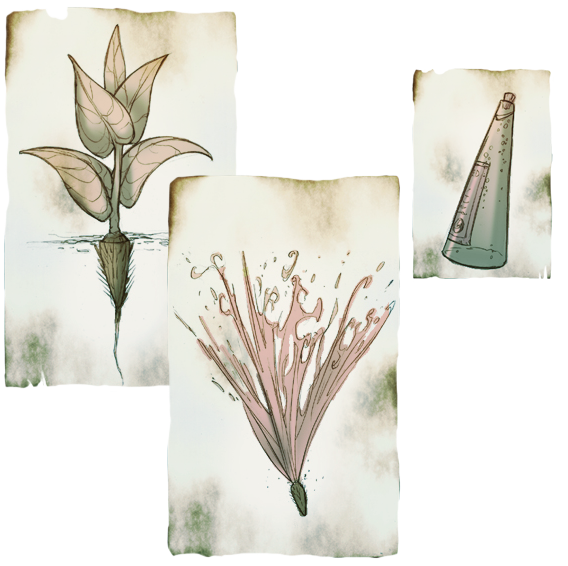 Hands down the most popular adult beverage in the Dreamworld, fermentae can be carefully crafted to retain almost any flavor. Caramels and candies, fruits, vegetables, wood, blood, freshly tilled earth... Any substance containing moisture can be sapped through the unique brewing process behind the drink.
Derived from diony seeds, great care must be taken when raising the plant itself. Diony plants will ravage nearby fauna and gardens if left unchecked, and can be a nuisance to remove. They don't damage nearby greenery directly, but by sapping moisture from the ground. Voraciously consuming every bead of wetness in their environments, the liquid is absorbed and stored in their root system, comprised of one hyper-porous seed. The amount of moisture absorbed by the seed can be stupendous - one plant was recorded as containing over two hundred and thirty-six gallons.
Regardless of how much the seed absorbs, the diony plant never grows substantially larger - everything is stored, ever more pressurized, in the modestly proportioned seed. Tightly compressed, the moisture is refined into a nectar - the higher the internal pressure, the richer and more potent the nectar. When the plant dies at the end of its one year lifespan, the stem wilts and detaches from the seed - releasing all of the stored moisture in an abruptly spectacular spray. Germinated with microscopic diony seeds, the squirted nectar sows the surrounding ground with the next year’s diony plants.
The culminating spray of nectar, or fermentae, has a pleasurably intoxicating effect when ingested. The first hapless dreamkeepers to learn this died horrible deaths, as the moisture was drained from their bodies over the weeks by the tiny seeds growing within them. Raw fermentae is inevitably lethal. However, some determined soul soon discovered a method for making the nectar safe to drink.
By either boiling or freezing fermentae, the microscopic seeds are destroyed. Each technique gives the fermentae a different flavor, and is referred to by a different name.. Frozen fermentae is 'Forreyd', and boiled fermentae is 'Shayed'. After learning this, more experimentation began with the beverage.
Dreamkeepers tried growing seeds in different types of liquid - diony can grow in fruit juice, coffees, saltwater, gravy, jelly, anything that contains moisture. The nectar will derive flavor from the moisture it is grown in. The techniques for creating and purifying different flavors and strengths of fermentae has become very refined over the ages.

Universal in Anduruna, the data-scroll (sometimes called an info-scroll) is a versatile device. It can be mounted and used to watch video broadcasts, download and read books or manuals, take pictures, chat live with other users, play recreational games, remotely operate digitally-compatible machinery, and more. Its flexible fluorescent screen is both display and interface, facilitating touch-sensitive navigation and data entry. Advanced models can capture live images and video - the viewer simply holds the translucent screen up to frame the image they want, and then clicks to take the picture. When not in use, the screen will be rolled up in the scroll-tubes for protection and convenience.
With new applications for information technology developing by the week, scrolls can be found nearly anywhere, in every vocation. Also the source for the rapidly developing and homogenizing mass media, the data-scroll is an integral tool for keeping up with culture. 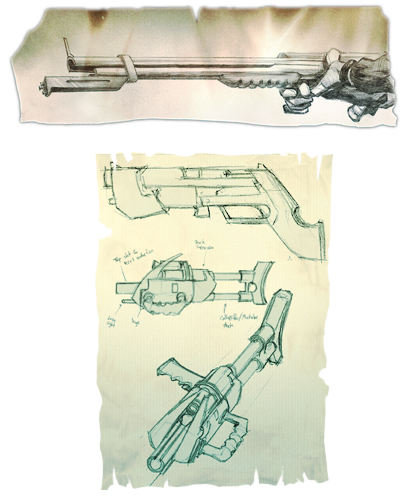 With no outside military threats, weapons development in Anduruna has been modest throughout most of its history. In earlier ages of warfare, dreamkeepers harnessed their powers for combat. The assault value of a specialized power-using dreamkeeper dwarfed any primitive slings and arrows, so armament focused almost entirely on rudimentary, hand-held implements like clubs, daggers, or short spears. But after the Last War of Powers, prevailing law banned destructive powers use within Anduruna.
However, a way to control renegade power-users was necessary - without resorting to a detrimental, explosive showdown. Eventually weapons development was driven not for military application, but for policing purposes. The earliest projectile weapons were variations on slings and slingshots, firing rounded ball-shaped projectiles. The ability to knock an offending dreamkeeper unconscious from a distance proved to be enormously helpful in subduing powerhouse criminals.
Eventual innovation led a crossbow-like design, where a flat horizontal piece of wood would be winched back, and then trigger released to 'slap' the projectile forward. A barrel was soon added for a modicum of accuracy. This wasn't a highly powered weapon, but eventually more advanced ways of propelling the ball through the barrel were developed, culminating in the springer cartridge.
The springer rifles of today use hyper-compressed springs stored in cartridges to propel projectiles at high velocity. When triggered, the cartridge is quickly knocked open. The spring rockets forward, propelling the round of ammunition towards its target. Side slats on the rifle barrel are designed to sling the spring out and down, clearing the weapon immediately for another cartridge. Ammunition cartridges are speed-loaded into the weapon through cylinder clips, for an impressive rate of fire.
Manufactured exclusively for use by the Anduruna City Guard, private citizens do not have access to spring weapons. Springers are capable of being extremely lethal, even after their heavy needle-shaped rounds penetrate walls or other barriers. Any contemporary citizen of Anduruna risking a powers infraction, or any major infraction against Central City Authority, will find themselves facing the full deadly power of an armed shock trooper squad. 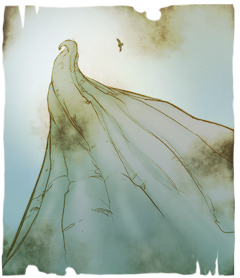 It is interesting that one of the least understood materials in Anduruna is also one of the most prevalently used.
Nobody knows where flo-wood originates, or even how to create more. Flo-wood seeds must be laboriously mined from the shifting dune sea, where prevailing ocean currents deposit the floating pods. Where those seeds come from is a puzzle that eludes explanation to this day. Better understood are their convenient properties:
Flo-wood does not need dirt, water, leaves, or any type of fertilizer to flourish - only light. Several hours spent exposing all sides of the seed to daylight will trigger vigorous growth. When placed within a framework, it will flow as guided. A single seed of flo-wood can be shaped into nearly anything. Although each seed can only produce several thousand pounds of wood, multiple seeds will seamlessly meld together on a single frame. The wood excels beyond conventional wood for resilience and smoothness, making it a veritable miracle material for construction.
After flo-wood has been in a static shape for several weeks, it will retain that shape permanently. Even if the wood is cut or gouged, it will re-grow the damaged area given enough time. The life force in flo-wood never ebbs or dies, giving it unending regenerative abilities. Only specially formulated chemicals or fire can permanently damage or destroy flo-wood. Nobody knows how this ‘life essence’ functions: and nobody knows how to make flo-wood produce seeds.
Light-activated and left alone, flo-wood does not grow roots, branches, or leaves. It expands in a perfect, solid sphere that will reach 20-40 feet in diameter. Sawing the sphere open reveals no secret cache of seeds - just solid wood.
From the prehistoric Sky Road wall to the recent innovation of telepads, flo-wood is an enduring part of Anduruna - and an enduring mystery. 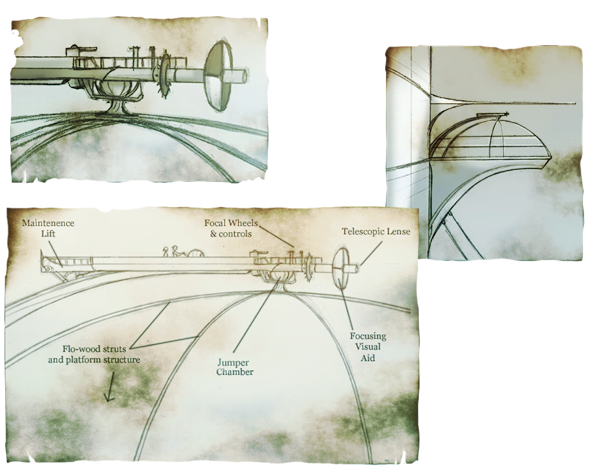 A recent innovation, already telepads are finding mainstream use in Anduruna. Installed midway up the Sabbaton Towers, seven telepads ferry passengers to the district towers and back again all day.
They are organically powered, acquiring their specialized mode of transportation directly from the archituethus occipitus, or jumper - commonly termed 'brain squid'. Jumpers naturally possess the mystifying ability to teleport, and use the skill when startled to evade predators. Their instantaneous transportation will bring along any living material connected to the creature, ensuring all body parts make the journey safely.
Anduruna teens would sometimes make the trip to jumper fields to try and 'catch a blink', ambushing and grasping a jumper to experience the sensation of teleporting. This is a somewhat risky pastime, as jumpers naturally hover, and there's no telling what they might teleport above... The only predictable variable is that their destination must be within sight of their current position.
With much difficulty, an innovative individual captured several jumpers to experiment with, and discovered that they could take much more than a single dreamkeeper with them on their trips - and furthermore, that their destination could be controlled with optical focal devices...
The telepads themselves are created from flo-wood, meaning that they are living organic material. Connected to the jumper's storage chamber by flo-wood struts, when the brain squid jumps it will take the entire wooden platform along for the ride - and anything living which shares contact with that platform. The jumper's storage chamber is rigged to a specialized lens, designed to focus on the receiving platform where the pad will arrive. Black and white display discs on the platforms aide technicians in getting the precisely correct focal setting, narrowing the jumper's perceived visual destination to one option. When all passengers are boarded and the focusing is complete, a mild shock sends jumper, flo-wood telepad, and contacting passengers across the city in the blink of an eye.
Upon arriving at the receiving platform, a new jumper is placed into the case. Jumpers must be rested for at least a day after every telepad jump, because of the strain inherent in moving such a sizeable burden. 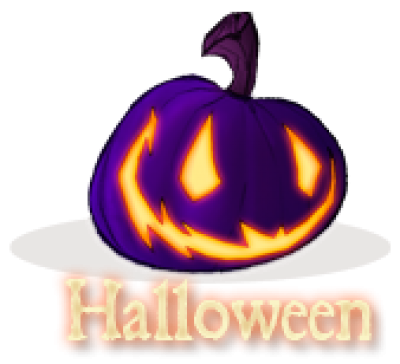 Posted 4 days ago by David Lillie

Welcome to the new Dreamkeepers site!

Posted 3 weeks ago by David Lillie